A twist of Indian Idol in Bigg boss 16! 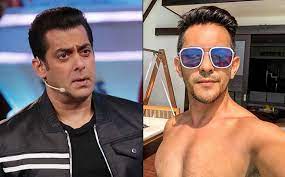 Yes! You heard it right.
But what is the connection.
So here is the news.
The Indian idol 12 host Aditya Narayan is most likely to be seen on the show. Not as a host but as a contestant.
The news is around and there are rumors that the host/singer is most likely to be on the show as he also stated that he wants to host this show but it is clear that he is under the radar.
The singer/host is one of the leading sensation in TV industry as his passion towards his work and dedication to the field is impeccable.
Being a part of a leading Indian show such as Indian Idol or Sa Re Ga Ma Pa he showed his skills and now without him shows are considered incomplete.
This has made the rumor more strong as people around TV are looking for the faces who have the ultimate talent and an urge to stand.
Bigg boss 16 live is going to provide this chance to a lot of people.
This is their decision to be a part of it or not.
The decision is not so easy because of obvious reasons and that is why people keep looking for the better remuneration.
There is one more thing that people who are considered as contestants have a spark in their personality as this makes them suitable for the show. As Bigg boss is not just a show but a platform to catch the eyes of the world.
A door opener for many people as history stats.
So Aditya Narayan is also on the list and may be this year he get a chance to stand among others to claim the right to be on top.
So fingers crossed!

How to Get Quality Asphalt Pavements for Your Property

Things That You Must Know About The Ringtoneshous